Prof. Arieh Gertler has authored over 300 reviewed papers in the fields of Enzymology, Animal Nutrition, Molecular Endocrinology and Biotechnology. 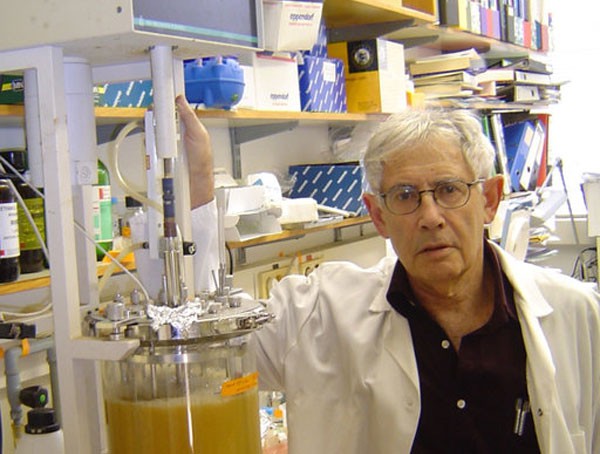 Until 1980 his research was mainly aimed at elucidation of the mechanism of action of proteolytic enzymes and their naturally occurring inhibitors.

During the last 35 years, the main research interests of Prof. Gertler's lab were changed in direction of molecular biology and endocrinology and have included: hormonal control of development and differentiation of bovine mammary gland; purification and characterization of prolactin receptors from various organs of lactating cow and from Nb2 lymphoma cells, cloning of prolactin and growth hormone receptors extracellular domains; investigation of the mitogenic effect of prolactin using Nb2 lymphoma cells as a model; preparation of recombinant hormones and investigation of structure-function relationship of growth hormones and bovine and ovine placental lactogen by site-directed mutagenesis.

Since 1998 his group has also prepared and studied leptins from several species and over 50 papers concerning this subject have been published. The culmination of this research was the most recent development of human, ovine, rat and mouse leptin antagonists.

During the last 25 years extensive experience in cloning and purification of native and recombinant proteins has been accumulated and over 400 different recombinant proteins or their mutated analogues were prepared. Research of Prof. Gertler was and is supported by competitive grants from various sources. In 1996 Prof. Gertler was granted the Karl Bach Chair in Agricultural Biochemistry and in 2002 was awarded the Rector Prize for outstanding researcher and teacher and in 2009 a Kaye award for Innovative Research. In October 2003 Prof. Gertler retired from the Hebrew University, founded PLR Ltd, but in addition to the activity as a Director and CEO he continues basic research in his University laboratory in collaboration with many groups in North America, Europe and New Zealand. Present projects carried out in this laboratory include:  (1) Development and improvement of leptin, resistin, interleukin 22 and prolactin antagonists using site-directed and random mutagenesis, the latter followed by selection of high-affinity mutants by yeast surface dsplay and (2) Transactivation of erbB oncogenic receptors by leptin and prolactin and its relevance to breast cancer.